Chip Chantry
Chip Chantry is a television writer and stand up comedian. Formerly a 4th grade teacher, Chip left the classroom to pursue comedy and writing. He was the winner of 2013's Philly's Phunniest Contest at Helium Comedy Club, and was named "Best Comedian" in Philadelphia Magazine's 2018 Best of Philly edition. He was also named Best Stand Up Comedian in 2012 and 2014's Philadelphia Comedy Awards. Chip is a recurring guest on the Doug Loves Movies and Todd Glass Show Podcasts. He has opened for national headliners such as Dave Chappelle, Bob Saget, and Tig Notaro. In 2012, he released his first live comedy album, Across from the Adonis. His second album, Swingers Party, was released in March 2019, where it spent time at #1 on the iTunes comedy charts and is currently in rotation on SiriusXM. As a television writer, Chip has written for Crazy Talk, a comedy/talk series for NBC Universal and the syndicated series Whacked Out Sports. He most recently wrote on the NatGeo series Howie Mandel’s Animals Doing Things. 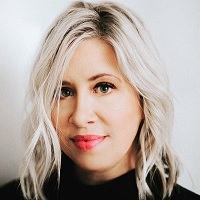 Mary Radzinski
Mary is a Philadelphia based stand-up, writer, and comediunt, who in the fourth grade was nicknamed "the girl with the sad eyes" by her fellow 10-year-olds due to her inability to not cry daily. She figured out how to turn the water works off, and now, with the heartbeat of a nervous hummingbird, comes off as cool as a moderately cool cucumber. Mary is a regular feature at Helium, Goodnights, Cap City, and Punch Line comedy clubs. She's been fortunate to frequently open for comics including; Dave Attell, Jim Norton, and Sarah Colonna, along with many other national acts. She opened for Jim Norton's "Contextually Inadequate" comedy special taping at the Somerville Theater, as well as Rosie O'Donnell's most recent HBO comedy special at Levity Live. Mary can also be seen on TruTV's series, "Greatest Ever." 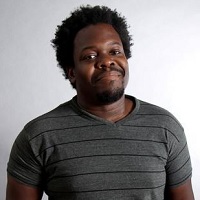 Darryl Charles
Darryl Charles is a comedian. His Debut Album "Black Gentrifier" debuted at #3 on the iTunes Comedy charts and is currently streaming on your favorite places to do that. He's been seen on The Travel Channel, ComedyCentral.com, and Houwser and Tushy commercials. He does stand-up across the country and has opened for a variety of better known performers like: Ted Alexandro, Justin Willman, Tommy Davidson, Dave Attell, Patrice O'Neal and Dick Gregory. He performs, teaches and coaches improv comedy and has been a member of ComedySportz Philadelphia since 2011. He is a sketch comedy writer and performer, doing most of that work with the sketch group The Layoff Kids. They have been featured performers on Funny or Die. He's also the co-host of DTF: The Darryl and Timaree Funhour, the greatest sex-ed/comedy/gameshow, and now podcast, in the known universe. 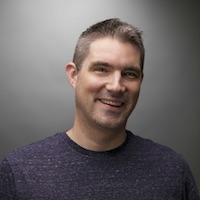 Curt Riedy
Curt is a filmmaker, comedy writer and performer in the Philadelphia area. A long-standing member of the sketch-comedy troupe High Dramma, Curt has performed in comedy festivals across Boston, Baltimore, Montreal and New York City. He’s also one of the co-producers of Philly Sketchfest, the city’s long-running sketch comedy festival. He's mentored 2 comedy teams for the Philly Improv Theater’s Iron Sketch Competition and has produced, directed and edited videos for several local sketch troupes, including The Incredible Shrinking Matt & Jacquie, Kathryn & Sarah and Patric Writes Sketches. Recently, he’s produced and edited a variety of comedic online spots for brands such as Land O’Lakes, Toys ‘R’ Us, Campbell’s and the NFL. As an actor/comedian, he’s appeared on television shows such as “The Rotten Tomatoes Show”, “Chain Reaction”, “Flight of the Conchords”, and “Conan”.